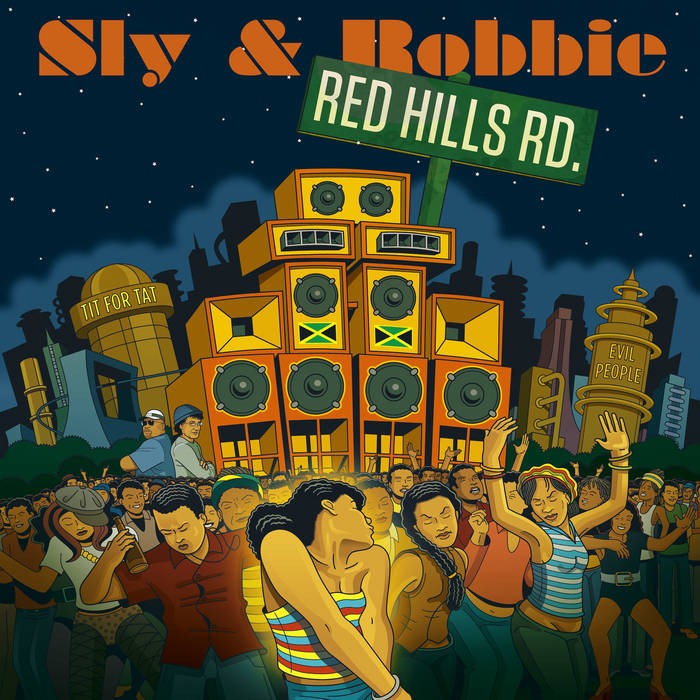 Sly & Robbie have been at the vanguard of innovation in Jamaican music for 40 + years. Often imitated, never equaled, rather than bemoan copycats, they just forge ahead, not looking back.

On Red Hills Road, they continue to show the rest of the world how it's done: catchy danceable beats courtesy of Sly and lines heavy as lead bass thanks to Robbie. Add to that a hook on the guitar or the synth and, boom, a new hit by the Riddim Twins. "We wanted a raw sound, nothing too overproduced or with a complicated mix" says Robbie as he runs late to yet another session.

Red Hills Road is named after the street that was a hotbed of music during the 60's and 70's, with up to a dozen clubs featuring live bands. It was Evil People and Tit For Tat that Sly and Robbie met and decided to form their renowned act.

"I have a love for instrumentals" says Sly Dunbar "and so we’ve been doing just that, and especially on a dancehall beat. There were lots of hit ska and rocksteady instrumentals, but in the dancehall era, not so many. I was just cutting tracks. When I listen to dancehall, there’s nothing exciting happening. So I started to search for something different that people can listen to. I even go back to kumina and mento on tracks like Linstead Market and Coronation Market."

Indeed, Red Hills Road is not merely a Dancehall album, it's more in the league of experimental masterpieces by Herbie Hancock, Bill Laswell and the like, blending the old with new to create something previously unheard that people enjoy. Sounds simple...


Listen to RED HILLS ROAD on

Link me for more information